back to search results

Along Route 66 west of Amarillo, Texas you'll find Cadillac Ranch. It was created by a group of art hippies from San Francisco called The Ant Farm, whose silent partner was an Amarillo billionaire who wanted a piece of public art that would baffle the locals. Their tribute to the evolution of the Cadillac tail fin was ten Caddies half-buried, nose-down, in the dirt. They faced west in a line, from the 1949 Club Sedan to the 1963 Sedan de Ville. That was in 1974. Decades have passed. The Cadillacs have now been in the ground as art longer than they were on the road as cars. 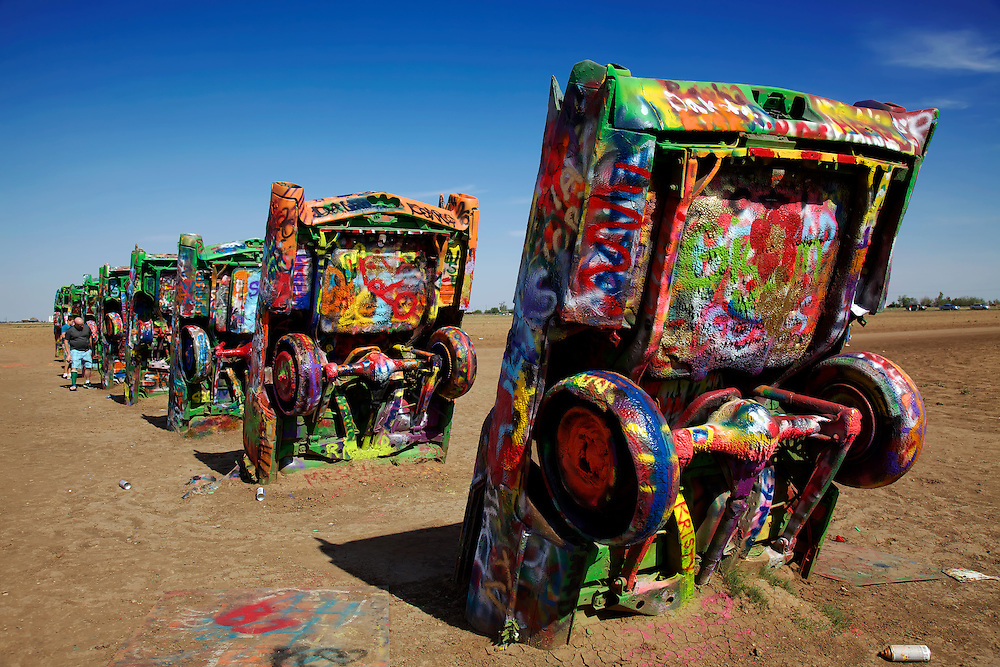